In structural design, remodeling and renovation

The Washington Capitals have been practicing outside of the metro area for years while playing in the Verizon Center in Washington, DC. 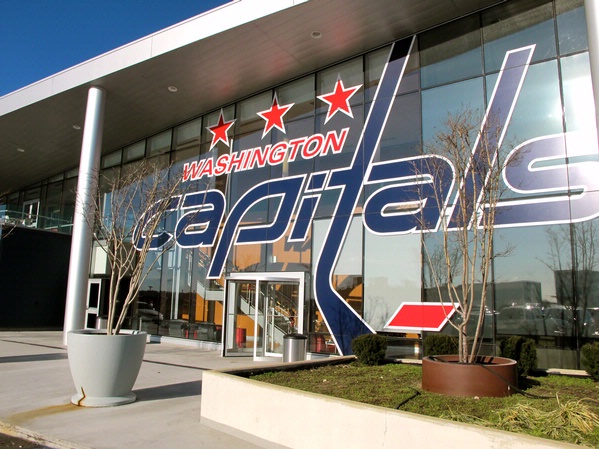 The Kettler Capitals Iceplex, located in Arlington, Virginia, will bring the Washington Capitals training back to the DC area. With views of the Washington Monument, the facility will house 2 NHL size, indoor ice skating rinks, a state-of-the-art training facility, seating for 1200 fans, the Capitals administrative offices, a pro shop and areas for special events.

The Iceplex is located on top of the parking structure at the Ballston Common Mall at the intersection of Glebe Road and Randolph Street in Arlington, Virginia. The new rink building has been situated over the original 1951 parking garage which was constructed as 4 levels of reinforced concrete with the additional capacity for two levels of vertical expansion. In the mid-1980’s, two lighter composite steel levels were added allowing for yet another level of future vertical expansion. At the same time, the garage was expanded horizontally to the south and east by adding six levels of long span, post-tensioned concrete beam and slab construction which was also designed for one future level of parking.

The initial challenge to this project was determining how to safely construct an ice rink and roof weighing a total of 235 psf dead load plus 130 psf live load over an existing parking garage which was designed for a total expansion of 60 psf dead load and 50 psf live load. Rathgeber/Goss recommended testing of the soils which justified higher bearing capacities requiring expansion of only two column footings. Testing was also able to show that the concrete had gained significant strength over time thereby reducing the number of concrete columns requiring carbon fiber reinforcing down to 11. All of the existing steel columns were encased in concrete to provide the additional required capacity. Steel braced frames were added in the existing garage to dissipate the added wind loads.

A composite steel structural system was used for both the rink building and the corporate/training facility with deep long span roof joists providing the clear space for the rinks. A laser screed was used to provide the floor flatness demands for making and supporting ice.

The addition was completed in Spring 2005, and provides a flexible and efficient layout for the continued hospital growth and improved facility space.

Rathgeber/Goss Associates, PC provides structural engineering design and analysis services to the building industry. We provide the benefit of over 100 years of successive experience in the structural design of new buildings and the renovations, remodeling and additions to existing buildings.